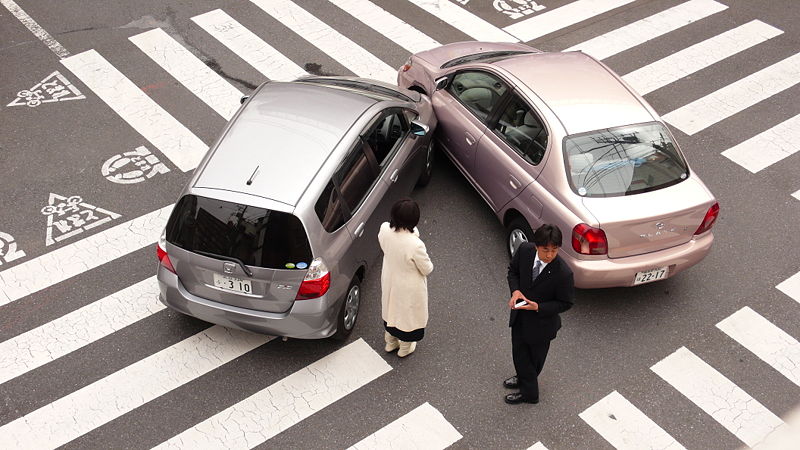 Florida is a “Comparative negligence” State

Florida uses a form of comparative negligence (or your percentage of fault compared to the other party’s). This allows you to seek compensation even if you’re deemed only partially at fault.

Since Florida uses comparative negligence, you can seek damages in proportion to your degree of responsibility for the crash.

What “At Fault” Means

It should come as no surprise that “at fault” literally means the person that caused the accident, or the one whose fault it is. Basically a person that is considered the catalyst for the accident is most likely to be considered “at fault”. There are other classifications of accidents, such as “no fault” and “partial fault”. Often times it can be difficult to ascertain who is at fault, and liability will be assessed to both drivers. In most cases, the person considered at fault will be the one that has performed an illegal, reckless, careless or irresponsible action while driving their vehicle, thus causing other vehicles to react to their actions, resulting in an accident.

What are the Ramifications of “At Fault”?

Drivers that are considered at fault will find their insurance rates will increase, especially if there has been considerable damage to other vehicles. In addition, some insurance providers will drop drivers if they have too many at fault accidents. Furthermore, negligent drivers may be forced to pay for medical expenses, adding even more cost to their insurance companies. This can be particularly devastating if several cars, and multiple people, are involved. Property damage can also be tacked on to this as well. Insurance rates are not the only ramification of being at fault for an auto accident. Florida will assign points for every incident on driver’s licenses if you get into too many accidents, which in turn can further raise insurance rates.

What to do after an accident.

Get information from all of the vehicles involved. Get the other drivers names, addresses, and telephone numbers. Record the makes and models of the other vehicles, their insurance company information, and their vehicle identification number. The more information that you can get the better but, the mentioned information is a must. Do not ever try to handle the accident without your insurance company. In other words, do not ever let another driver talk you into handling the situation amongst yourselves. Even if they admit guilt of the accident and tell you that they would rather not have insurance companies involved for fear of future insurance rates going up, don’t go for it. Even if the person seems like the nicest person in the world, don’t make this mistake. There have been many cases where this has happened, then a few days later the innocent driver who was not at fault is informed that the other driver is suing them. Suddenly that other driver does not believe that the accident was their fault anymore and reported the accident to their insurance company. This kind of situation will leave you in a bad situation so do not fall for something like this no matter what!

“Our blogs are for general education and information only and may not represent your unique needs. Coverages will vary. Please contact your insurance agent to verify your specific policy terms and conditions.”