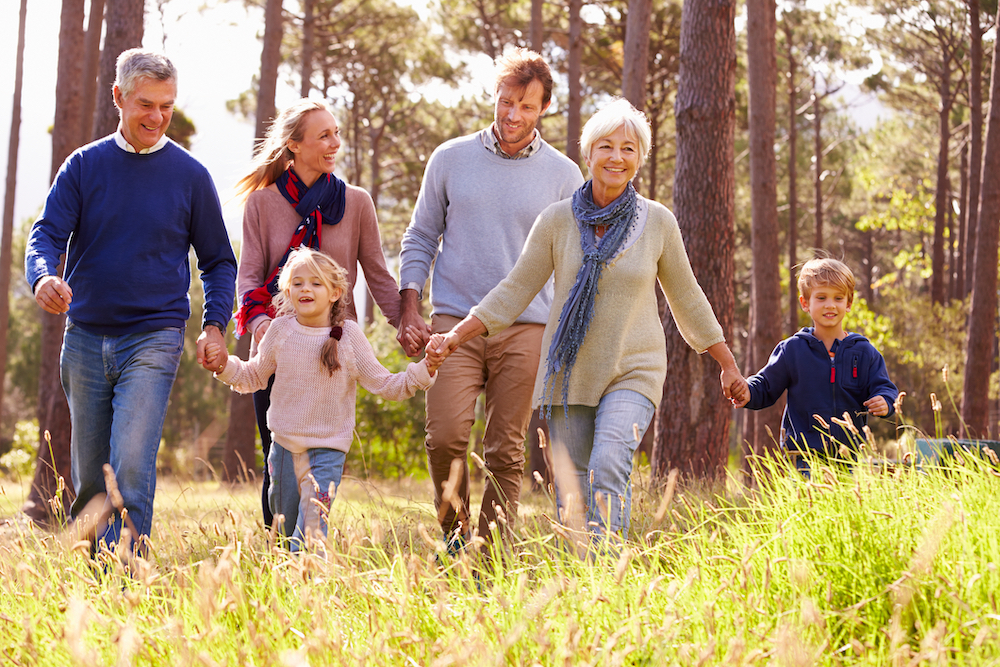 The scenario: You’re a human.  You fall somewhere between the ages of a day old and 85 years old.  You (or your parents) realize that no one exits the human experience by skirting around the inevitable mortality event.  It is part and parcel of being human; a shared story common to the race.

The problem: In your experience, you recognize that the purchasing power of money is quite a useful tool.  Actually, it’s quite likely you would be pleased in having more of this kind of tool.  It leverages.  It elevates.  It persuades.  Perhaps more than anything, it turns dreams into potential… the wild machinations of the mind into hard, cold realities.

The truth is, for most Americans – at least within a certain age demographic – we are wealthier than we realize, though not as wealthy as we’d like to be.  Few of us are really good at long-term planning.  Fewer yet at long-term saving.

The oh, aren’t you glad there’s a solution:  You won’t need a light bulb to turn on this solution.  You already know it, although you might not like to talk about it.  It’s life insurance.  Yep.  Risk pooling, in all its glory.  “But there’s nothing’s worse than life insurance,” you say, “is there?  Other than taxes.”  Au contraire…

Now that you know the solution, let’s explore the options.  Some are wiser than others.  Some just pragmatic and rational.  As you read this, you may wish you could go back in time and do it over again, only this time in a wiser frame of mind.

You’re probably familiar with the detail that the ‘www’ has more opinions about every subject known to man than you can possibly live long enough to sort through.  Don’t feel bad: you haven’t been singled out.  Do you have an ache?  Maybe a stabbing pain?  Go self-diagnose it on the Internet.  Ha!  Good luck!  It’ll tell you to pluck out your eyeballs and saw off your arms.  “Oh,” but you say, “the pain is in my foot.”  Well, sometimes you’ll get referred pain like that.

Example:  Sam buys $1,000,000 coverage for a 20-year term.  Sam is 44 years old.  His premiums will be (somewhat) low, because at the end of 20 years, he will no longer be covered by this policy, and, actuarially speaking, because the likelihood of his death during these years is low.  However, by purchasing this policy, Sam clearly demonstrates that a.) he loves his wife and children, and is concerned about their welfare in the aftermath of his passing, b.) he recognizes there is mystery regarding the unknown date of his death, and c.) buying insurance is an excellent gauge of human responsibility.

His attained age will be 64 years when the policy completes its contractual obligations.  He smokes cigarettes, but like he says, “It’s only 1 pack a day.”  He drinks a little rum and coke when he gets home from work because, “Hey, if you had my job, you’d drink twice what I do!  Believe me.”  Sometimes he drives and drinks.  (Just a short word or encouragement for you, Sam: this is not clever.)  He had a DUI, on his 50th birthday.  Sent a family of 3 to the hospital.

During the period of his coverage, his life has seen more twists and turns than he could have possibly anticipated.  He and his wife had another baby.  Whoa!  Surprise, Sam!  He lost his job – twice.  He’s beginning to wish he didn’t like French fries near as much as he does.  He’s gained 140 pounds and already had a heart attack, 5 years and 3 days on the back side of the DUI.  He has diabetes.

In our example, Sam has lacked an important and vital component of a thorough game plan: namely long-term strategy.  Many people applaud him for having shown the horse-sense in buying insurance.  We salute you, Sam.  Although we believe you could have planned better for you and your family, you did what needed being done.

“Sam, do you mind if I ask you a question?  I mean, I know it’s kind of retrospective and everything, but… well, now that you’ve seen how much your new term policy is going to cost you, do you think you would have done anything differently?”

“What?” asks the Inquisitive Producer.

“Do you mind if I get back with you on that?  I’m kind of focused on sticker shock at the moment.  Say, isn’t there a Wendy’s close to here?”

Todd’s UL policy will last for the rest of his life.  His agent reminded him to pay the premium every month as long as he was able.  “Do your absolute best, Todd.”  This is where universal life takes a fork in the road from whole life.  If Todd doesn’t pay his premiums – because of whatever – the policy will pay them for him, but not without deteriorating ramifications.  We would all do well to remember: there’s no free lunch in the real world.  Furthermore, this is not something Todd can or should do often, or repeatedly without the policy withering away to nothing, at last lapsing (dying).  He’s borrowing from the cash reserves of the policy.  The very same cash which has been building a private wealth machine in his own name and for his benefit.

As long as he watches the P and Q’s of his ‘unbundled’ policy components, like, for example, the monthly mortality charge, he’ll do all right.

Whole life, again, like universal life, is a lifelong contract between insurer and insured.  One element keeps its clock ticking: the premium.  The level, unchanging premium (monthly, semi-annually, or annually), is the same throughout the life of the contract (although some contracts may be paid within a defined time period: single pay, 10-pay, to 65, etc.).  These policies build a cash bank of reserves available to policyholders.  A large portion of the reserves are at the disposal of the policyholder, who may willingly leave them untouched, all the while building more and more value, as well as adding to the value of the death benefit.  They may also be used, as simply as filling out a form.  Imagine wanting a new car, asking the insurance company to send you the money, and voila! it’s yours.  Imagine using it to fund your children’s college, and paying it back on your timetable, where there’s never a late payment.  Imagine every time you make a payment, you are increasing your tax free death benefit to the ever thankful advantage of your beneficiaries.

Example: Charlene is 30.  She buys a $1,000,000 whole life policy.  It’s like having her own private bank.  Ten years later, her dear Grandma passes away.  She inherits $100,000 and adds the money to her dividend earning, compound-interest earning, legacy-creating whole life policy.  She bought the policy for its death benefit for her three children, but as she ponders the many benefits of her super fine financial vehicle, she realizes it’s one of the smartest financial decisions she’s ever made.  A year after Grandma dies, her first child, Jules, is headed off to college.  She’ll fund it for him, by loaning him $30,000 a year.  Her loans will not be taxable.  He’ll pay her back when he graduates, and has a job in his field.  She’s okay with that, there’s no rush.  No late fees, no credit bureau reports.  If she wanted to, she could use her insurance policy to collateralize the loan at the bank.  But as it is, she’s pleased with her plan, and continues paying her premiums.  She could also let her policy self-fund for a while, but remembers the adage that fat pigs get fatter the more you feed them.  Nine years later, Jules has lived up to his word, and the loan is fully re-paid.

She’s done the math.  If she wants to, as she nears retirement, she can rollover her $700,000 cash value into an annuity without a tax hit, using a 1035 Exchange, but she doesn’t have to do that to use it.  Life’s good.  She’s loaned each of the children enough money to finish their degrees.  They’ve all paid her back.  The kids are taken care of.  Sure, they all have their own insurance now, but she’s covered, and so are they in her tax free distribution plan.  Her death benefit has swollen to a million and a half dollars.

An unexpected medical turn of events takes Charlene by surprise.  At least the insurance is okay: the Inquisitive Producer added a disability rider back when she bought the policy.  From now on, her policy won’t require premiums.  She’s 64.  She’ll retire a little early.  She’ll withdraw $30,000/yr. until she hits full retirement age (about $15,000 more than Social Security would have paid her).  Now, at 66, instead of having her Social Security deposit into her local checking account, she’ll have it deposited into her insurance policy and take tax free loans on it to fund her retirement – all the while, feeding the fat little porker.

Well, there’s the breakdown, friends.  Perhaps we haven’t met.  Hi.  My name is Scott Olive.  I’m the Inquisitive Producer, the new one on the block over at Lee County Insurance Agency.  Maybe you can carve out a little time for us to sit down and discuss your future.  No pressure, I promise.  I won’t bring a firehose with me – because you’ve got things going on in your life, and I don’t need to bowl you over by selling you something that doesn’t fit your outlook.  Then again, if you’ve got five minutes for my story, you might re-think how to plan your own.  There’s no one size fits all for me.  Probably not for you, either, huh?  You may not want or need a Cadillac (u-hum, I mean, a Mercedes).  That’s fine… Fiat’s more your style.  Great!  We’ve got them, too (figuratively speaking).

I’d like to leave you with this: if you don’t already have life insurance, or you think it’s time to review where you stand financially with what you have, don’t you owe it to yourself to investigate your options?  Don’t you want to break out of the mold, and find out what freedom is all about?  Life insurance can be an evil necessity.  But it can also be a joyful foundation for a bright future.  You don’t really believe that Social Security, with both of her broken legs, a bad heart, and her very serious concussion, will survive for long, do you?  Isn’t it time to take matters into your own hands?

One other final thought.  Just in case you think I’m in this only for the commissions, that proves how well you don’t know me.  Hey… you’ve got the Internet… see for yourself that life insurance and annuities are the backbone of the wealthy (more on annuities later).  They know!  Believe me; they’ve studied it.  The sooner you start, the better.  The longer your view, the more better (u-hum).  I don’t believe in tricking folks, and I don’t believe in lying, either.  No matter how hard the truth may be.  I’m old enough to know a few things, young enough to hold my own.  Oh, yeah… and your story’s much more important than mine.  Because it’s not about me.  It’s about you.

”Our blogs are for general education and information only and may not represent your unique needs. Coverage will vary. Please contact your agent to verify your specific policy terms and conditions.”